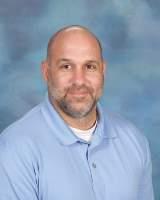 I started my teaching career in January 2004 at Hammond Hill Elementary teaching third grade.  I taught fifth grade at Hammond Hill during the 2004-2005 school year.  I moved to Mossy Creek Elementary in 2005 and taught third and fifth grade from 2005-2013.  In 2013, I became the assistant principal at Millbrook Elementary and continued in that role through the 2014-2015 school year.  In July 2015, I started my career as a principal at Millbrook Elementary.

I have been an educator in public school system of South Carolina for eighteen years. I taught second and fourth grades for twelve years, and I am entering my sixth year as an administrator. I am honored to serve as assistant principal here at Millbrook Elementary. I look forward to a wonderful year!