King Laurence, M.Ed., was named Interim Superintendent of the School District on September 10, 2019. With an educational career spanning three decades, Laurence is an experienced administrator dedicated to the Aiken County community’s future success. A graduate of the University of South Carolina Aiken in 1985 with a Bachelor of Arts Degree in Education, Laurence received his Master’s in Educational Administration in 1990 from the University of South Carolina and has attained an additional thirty graduate semester hours. Laurence is licensed and certified to serve as a School Superintendent by the South Carolina Department of Education and has served in varied leadership roles for Aiken County Public Schools, including his current role as the Chief Officer of Administration, and as an Associate Superintendent (2012-2016), Director of Federal Programs (2005-2012), and as a school Principal (1998-2005). Prior to his service in Aiken County, Laurence served as a Teacher and Administrator in the Edgefield County School District. With 22 years in Aiken’s school system and a demonstrated commitment to community, Laurence has a comprehensive understanding of school and district finances, operational and personnel management and mutually beneficial community partnerships

Dr. Foster oversees the day-to-day operations of the Aiken County Public School District’s departments and is also responsible for the Student Services division.

Dr. Foster has worked in education at the classroom, school, and district levels in a career covering 16 years. Prior to working for the District, he served as Director of Student and Administrative Services for Spartanburg School District 7.

King Laurence serves as the Chief Officer of Administration for the Aiken County Public School District.

As Chief Officer of Administration, King Laurence serves as the District Ombudsman and is responsible for coordinating long-range strategic planning, assessing program implementation and effectiveness, and working with community stakeholders to advance the mission and goals of Aiken County Public Schools.

Mr. Laurence has 30 years of experience in education, having served as Aiken’s Associate Superintendent for Instruction and Accountability, Director of Federal Programs, and Principal at Cyril B. Busbee Elementary School. Mr. Laurence has represented Aiken County at the state level serving on the executive board of the South Carolina Association of School Administrators’ Instructional Leaders Roundtable and as president of the South Carolina Association of Title I Administrators.

In addition to his duties with Aiken County Public Schools, Laurence serves as chairman of the board for Education Matters, a non-profit corporation dedicated to promoting academic excellence and enrichment.

The University of South Carolina at Aiken-Bachelor of Science, Business Administration and Accounting

Tray Traxler is the Chief Officer of Finance for the Aiken County Public School District.

Mr. Traxler spent the first 10 years of his career in public accounting, where he specialized in audits of city and county governments and school districts. He currently serves on the Board of the South Carolina Association of School Business Officials (SCASBO).

Mr. Traxler joined the District in July 2007, and feels blessed to play a small role in the education of the District’s 25,000 students. 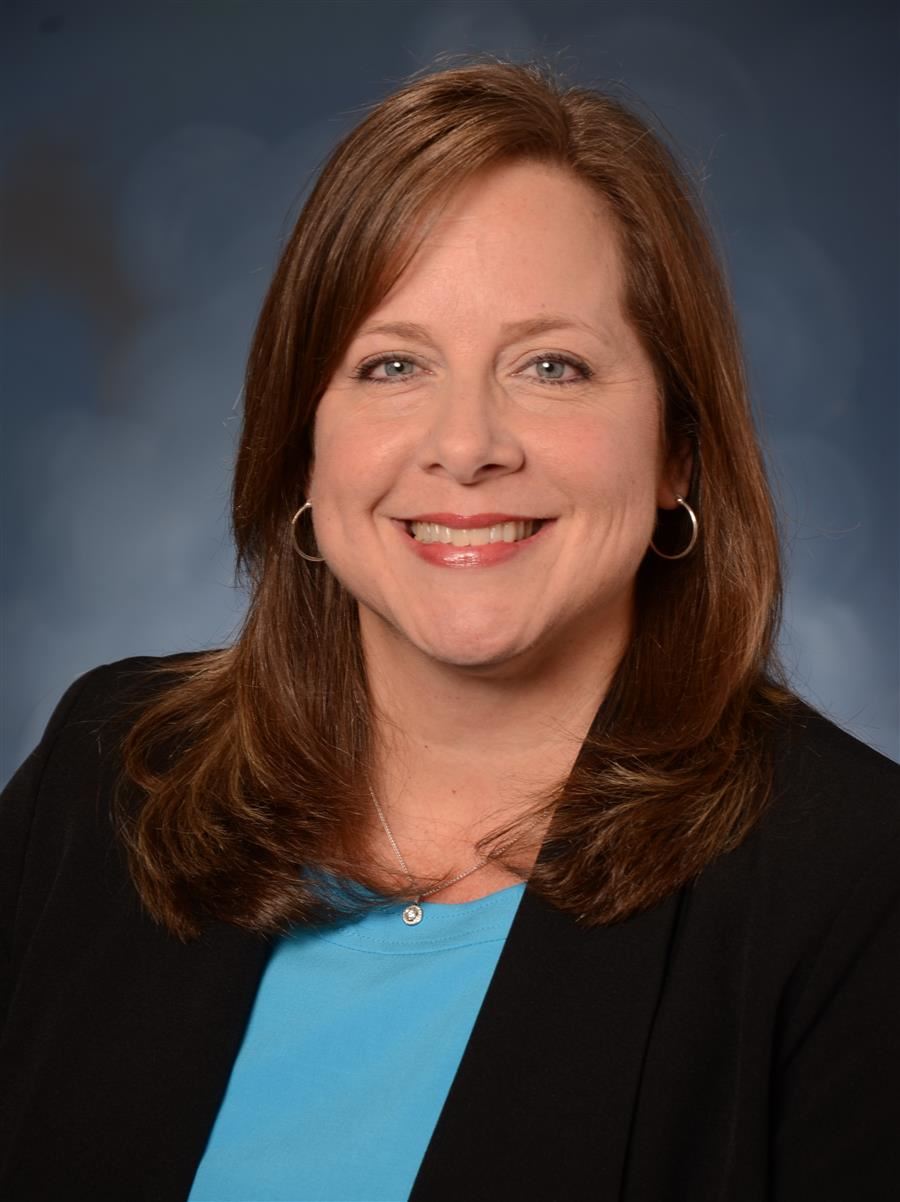 Jeanie Glover serves as the Chief Officer of Instruction for the Aiken County Public School District.

She has been a key figure in implementing the direction and vision of the school district, providing leadership and oversight on many critical projects, such as developing a district-wide Literacy Framework to set a common set of expectations for all schools, and restructuring the District’s elementary level Gifted & Talented delivery model to ensure more access and inclusivity for greater numbers of students.

Glover led the District’s effort in 2016 to create and implement a comprehensive Strategic Plan and visioning process, one of the largest community-wide projects in Aiken County Public Schools history, and she has served as a member of the District’s Instructional Services Division Leadership Team for many years.

She ensures that the policies, procedures, and initiatives of the School Board related to middle school education are advanced in a safe, orderly, and purposeful environment on all middle school campuses. 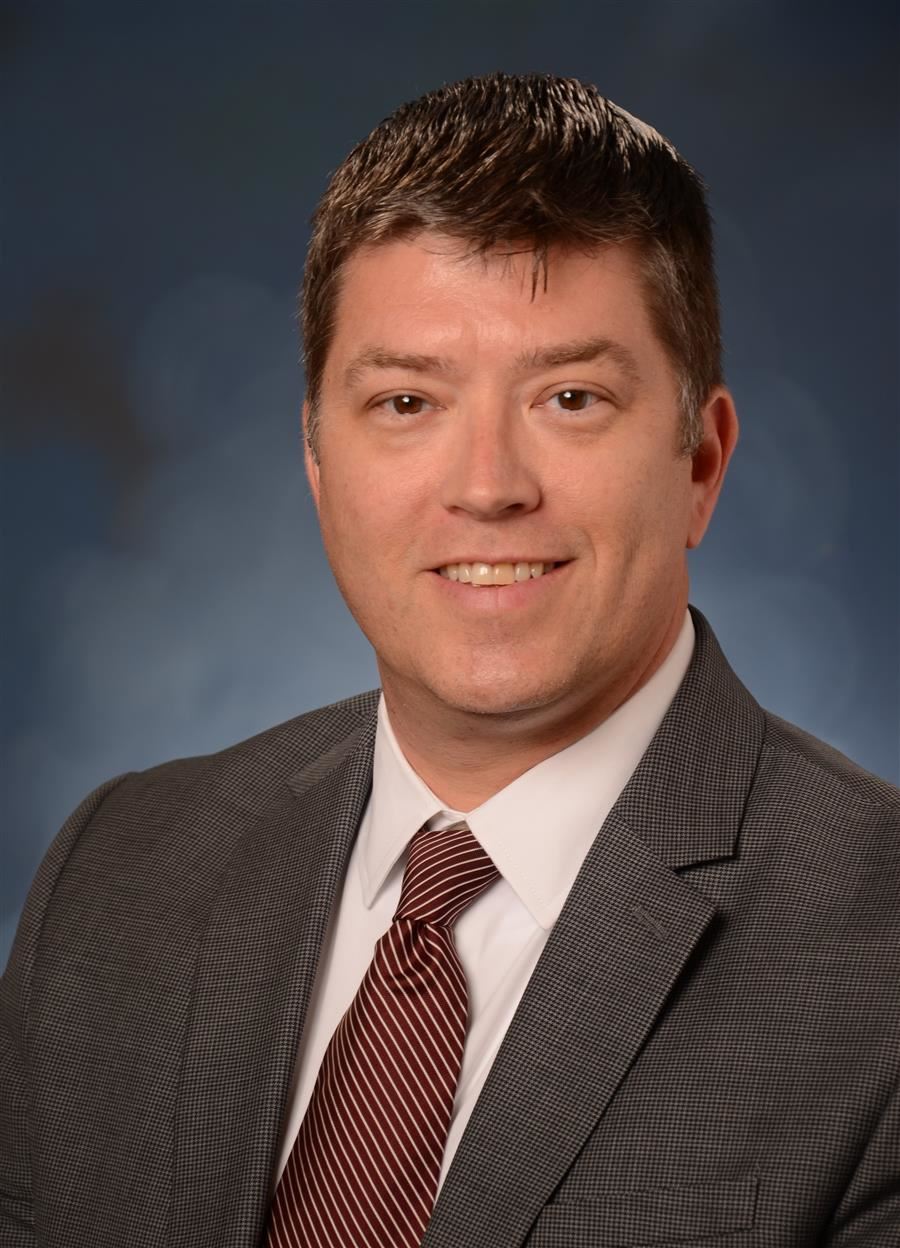 Master of Education from the University of South Carolina; Master's in Business Administration from Webster University; Bachelor of Arts in Political Science from The Citadel; certifications in Mathematics, Government, Business Education, and as a Secondary Supervisor and Principal.

He has extensive experience in educational leadership at both the classroom and school levels, spanning nearly two decades.

Prior to working for the District, he served as a middle school and high school teacher, assistant principal, and most recently as the principal of Silver Bluff High School.

He began working for Aiken County in July 2017 and is committed to the success of all students and employees at the secondary level.

Ms. Kate Olin is the Director of Accountability and Assessment for the Aiken County Public School District.

Ms. Merry Glenne Piccolino is the Director of Communications for the Aiken County Public School District.

She leads the District’s Communications and Community Relations Department and is responsible for media coverage, the website, marketing, building partnerships within the community and volunteerism.

Ms. Piccolino has extensive experience in communications, with a career spanning more than a decade in the journalism, public relations and development fields.

Piccolino previously served as the Regional Editor for skirt! Magazine and as a Development Officer for University Health Care System. She is a Board Member for Aiken Performing Arts, an Ambassador for the Greater Aiken Chamber of Commerce and on the Board of Directors of the United Way of Aiken County and the Aiken Downtown Development Association.

She began working for Aiken County in July 2014 and is delighted for the opportunity to devote her time and talents to supporting public school education in her community.

Jennifer Hart is the Director of Human Resources for the Aiken County Public School District.

She oversees the recruitment, employment, support, evaluation, and retention of employees who meet the academic and extracurricular needs of our students.

Prior to joining the school district, Ms. Hart, a native of Augusta, Georgia, had served as the Career Services Division and Community Director for Goodwill Industries of Middle Georgia and the Central Savannah River Area (CSRA) since 2011.

She joined Aiken County Public Schools and the Department of Human Resources in May, and also provides district leadership through service to our community and schools.

The University of South Carolina Aiken-Bachelor of Arts in Special Education; Southern Wesleyan University-Master of Education

Ms. Kristy Cansler is the Director of Federal Programs for the Aiken County Public School District.

She is a product of Aiken County Public Schools, and has more than 11 years of experience in education in Aiken County. Ms. Cansler served as a special education teacher at the elementary and middle school levels for five years, and as a District-level coordinator for six years prior to being named as Director of Federal Programs in July 2018.

She is humbled by the opportunity to serve her community and Aiken County schools.

She is responsible for ensuring that the individual needs of students from ages three through twenty-one who are eligible for special education and related services in accordance with the Individual with Disabilities Act (IDEA) and Section 504 of the Rehabilitation Act are provided appropriately throughout the District. In collaboration with students, schools, families and the community, the Department of Special Programs provides deliberate, service-driven support to assist student with disabilities in increasing academic performance and enhancing post-secondary options.

She is a product of Aiken County Public Schools, and was pleased to return “home” in September 2013 to help make a difference in the lives of the children who now walk the halls of the same schools she attended. Ms. Cagle previously served as a special education teacher, general education teacher, an assistant principal, 504 District Coordinator and Medicaid Compliance Officer for 15 years in Oconee County and York County School District Three.