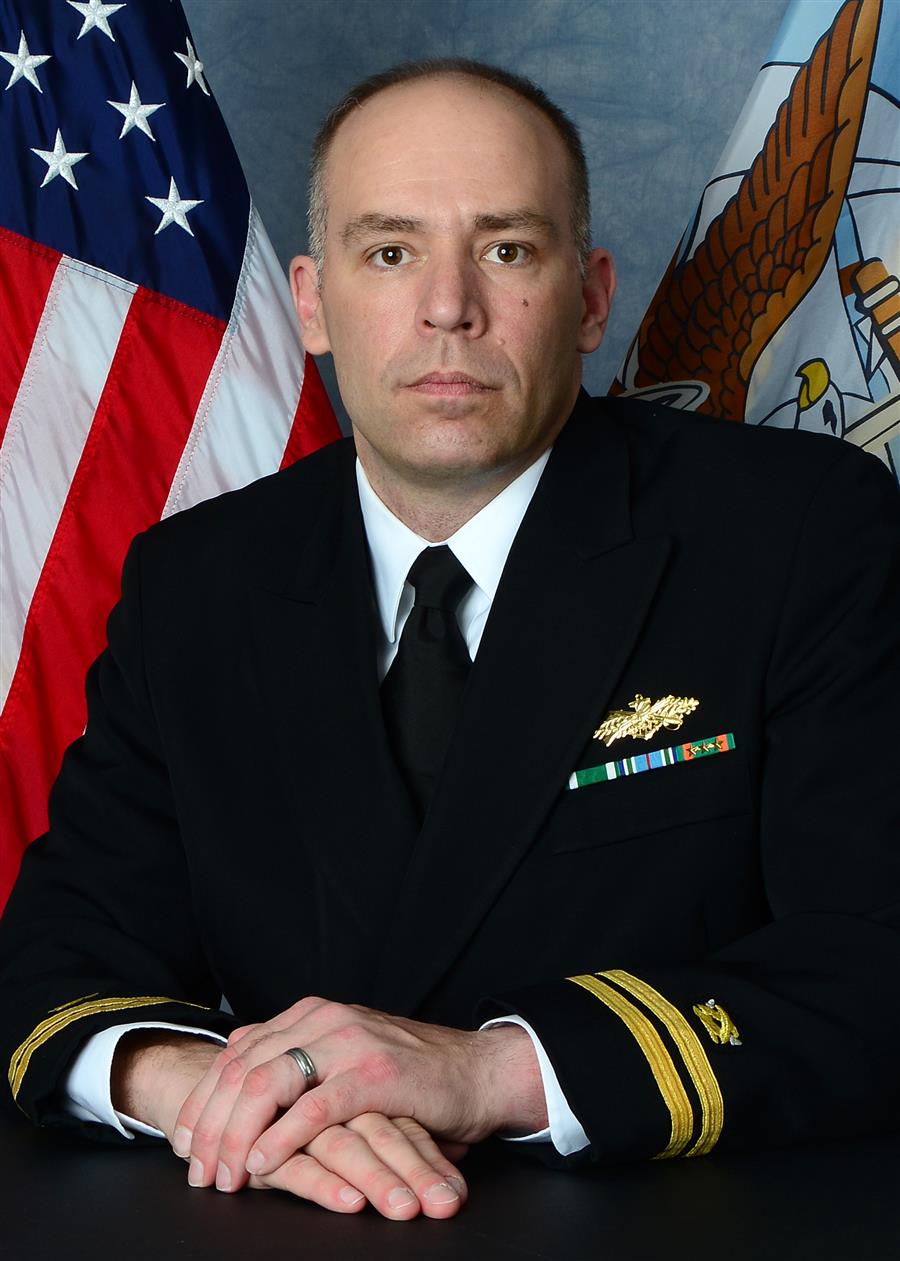 Lieutenant Marinelli was born and raised in Addison, Illinois.  He first joined the Navy and reported to Recruit Training in Great Lakes, Illinois in November, 1994.

In 2001, EA1(SCW) Marinelli was selected to the Seaman to Admiral – 21 program.  He was assigned to the University of Illinois NROTC Unit where, upon completion of his Bachelor’s Degree in Civil Engineering he was commissioned in May, 2006.

His first officer assignment was to Naval Facilities Engineering Command, Marianas where he served as a Construction Management Engineer, the Deputy Assistant Regional Engineer, as well as Division Officer for the Self Help Division.

Following his tour at NFELC, Lieutenant Marinelli was assigned to the US Naval Forces Central Command / FIFTH Fleet staff as the Facilities Engineer.

LT Marinelli retired from the Navy on 01 September 2016.  Following his retirement, he was selected as the Senior Naval Science Instructor at Aiken High School, Aiken South Carolina, where he began in the 16-17 school year.