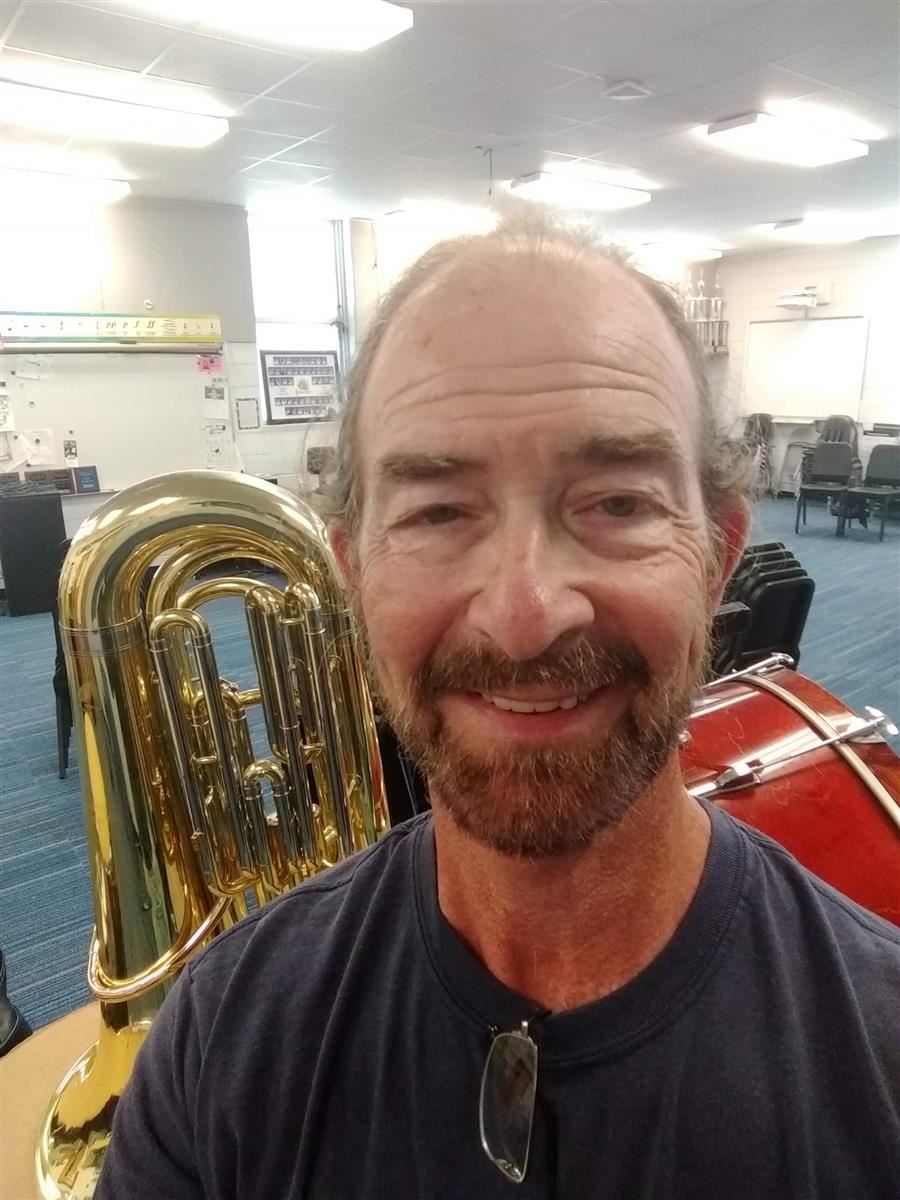 Mr. Parker was born a long time ago in a galaxy far, far away.

Like many young people, Mr. Parker was a poor student until he started learning to play the trumpet in band.  In band, Mr. Parker became part of a family at school.  He made life long friends and developed skills, both musical and social.  Mr. Parker transferred the skills and confidence he acquired in band to everything else in school and graduated as an "A" student.

Graduated from the University of Sounthern Mississippi in 1981 with a Bachelor's Degree in Music Education.  Followed that with a year of graduate school at Austin Peay University in Clarksville, TN.  Mr.  Parker then took a 20 year detour with the United States Army.  Duty stations include: Fort Sam Houston in San Antonio Texas; USASOM in Norfolk Virginia;  Seventh Corps in Stuttgart Germany, deployed to Middle East for Gulf War;  Fifth Corps in Frankfurt Germany, Fort Gordon in Augusta Georgia;  Fort Wainwright in Fairbanks Alaska;  Fort Campbell in Kentucky.

Upon retiring from the military in 2002, Mr. Parker finally got to his true love,...teaching music.  Mr. Parker taught for two years in Georgia and then came to LBC in 2005.

Since he started teaching, Mr. Parker has recieved a Master's Degree in Education from Troy University and an Educational Specialist Degree from Augusta University.

As a performing musician, Mr. Parker has played for many people in many places.  From homeless street people to leaders of nations and European royalty.  Throughout the Americas and most of Europe.  Listen and learn, he has a lot to teach you.

Mr. Parker is married to one of his former soldiers, Jennifer.  They have two dogs, Sensi & Shiru.   Mr. & Mrs. Parker are both Horn players and members of the Savannah River Winds.  Other than music, they enjoy reading and traveling.