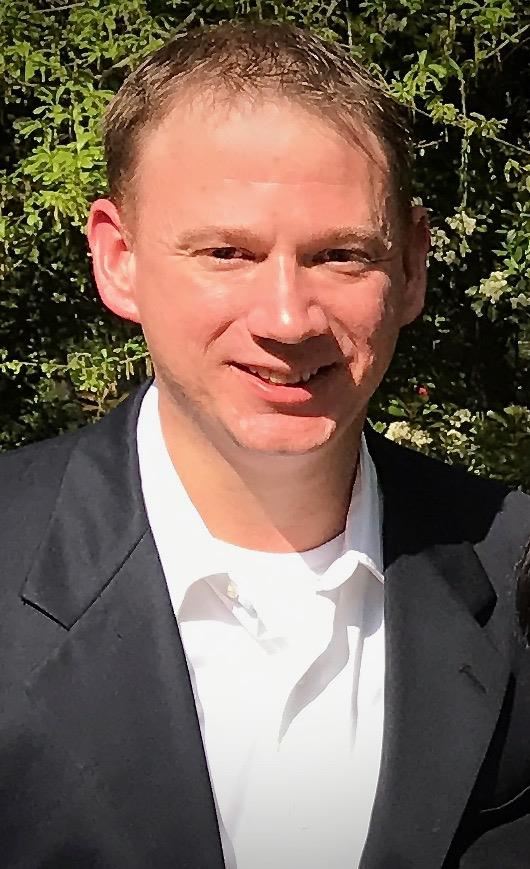 Neil Nelson is Director of Bands at South Aiken High School in Aiken, South Carolina, a position he has held since 2012.  In this capacity, he guides all aspects of the band program including marching and concert ensembles and teaches additional courses in guitar and AP Music Theory. Additionally, he also teaches online music appreciation courses through the Aiken County Virtual Academy.

Since his appointment as Director of Bands at South Aiken, the program has steadily grown in quality and size. The concert band program has received Superior ratings at the SCBDA Concert Band Performance Assessment multiple times and the Marching Thoroughbreds have received numerous first-place finishes and received its highest finish ever at the SCBDA Lower State Marching Band Championships in 2018.

Prior to coming to South Aiken, he served as a senior staff member at Grace Notes Music Studio in Baton Rouge, Louisiana where he taught clarinet lessons, served as conductor of the studio’s youth and children’s string orchestra classes, and assisted with the teaching of the adult string classes.  In addition to his duties at the studio, he also served as Assistant Band Director at St. Jude the Apostle School in Baton Rouge and taught band classes at Children’s Charter Elementary School.

He recently completed an Educational Specialist degree in Instructional Technology from Coastal Carolina University, graduating in December 2017. He continues to advocate for the integration of technology into the teaching and learning process and is qualified to serve in leadership positions related to the design, implementation, and use of technology in educational settings.

He holds a Master of Music degree in Music Education from Louisiana State University.  During his time at LSU, he served as a graduate assistant to the music education department and taught undergraduate courses in instrumental techniques and supervised student teachers in addition to writing a Master’s thesis.  He also pursued additional studies related to conducting under the guidance of Maestro Carlos Riazuelo.  Undergraduate studies were completed at Appalachian State University in Boone, North Carolina where he was an active member of the ASU Wind Ensemble and Marching Mountaineers.  He is also the recipient of a prestigious North Carolina Teaching Fellowship.

As a clarinetist, he has performed with numerous university and community ensembles as a freelance musician. He has also been in demand as a private clarinet teacher, featuring students that have been honored with high placements at All-State and All-District events. He formerly served as Director of Instrumental Ministries at Riverland Hills Baptist Church in Irmo, South Carolina from 2014-2017.

He is happily married to Genny Nelson, orchestra director at Aiken Intermediate School. They have three children (Michael, Evangeline, and Stella) and the proud owner of five cats (Grey, Pepper, Alice, Rex, and Rue) and two miniature dachshunds (Jasper and Huxley).