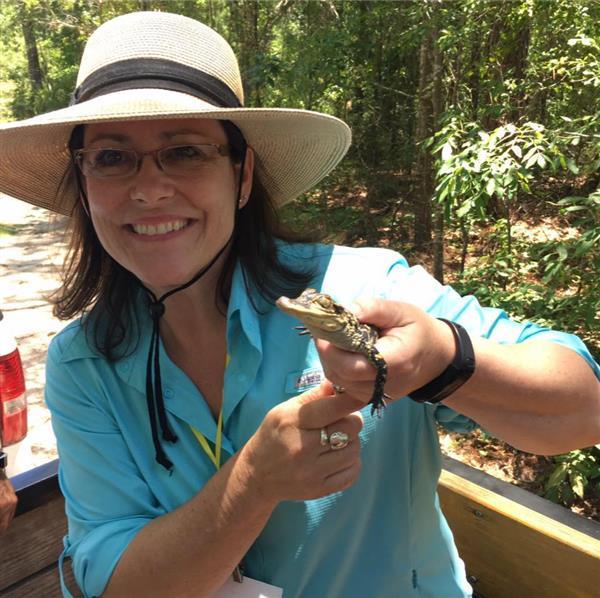 This marks my 31st year teaching and I am very excited to return to my hometown as an ASA Phoenix!  I will be teaching Biology and Chemistry and I am looking forward to guiding my students in developing their skills and knowledge of science.

I was born in Charleston, SC but did not ever live there. I was adopted when I was six months old and I grew up in Aiken.  I have an older brother and a younger sister (they were not adopted) and seven half siblings! After college, I settled in Columbia and started teaching. I got married to Greg Smith in 2001 and we live in West Columbia. We have a number of pets: two dogs (Mello and Dobie), one cat (Boomer), a red-eared slider turtle (Scooter), and a corn snake (Uncle Snake). We do not have any children of our own but we have many nieces and nephews that we spend as much time with as possible.

In my spare time I volunteer at Saluda Shoals Park in Columbia as a Nature Interpreter and I hope to become a Master Naturalist one day.  I love to read and enjoy historical fiction, science fiction, mysteries, and anything that tells a good story. I played the flute for over 30 years, but switched to oboe about ten years ago. I recently also started playing the English Horn- it is sometimes called the alto oboe. I play in three volunteer musical groups: the Columbia Community Concert Band, the Columbia Community Orchestra, and the Columbia Summer Band. My husband and I love to bicycle, kayak, visit the mountains, camp and spend time on Lake Murray.